Who is Mr. Mathis? 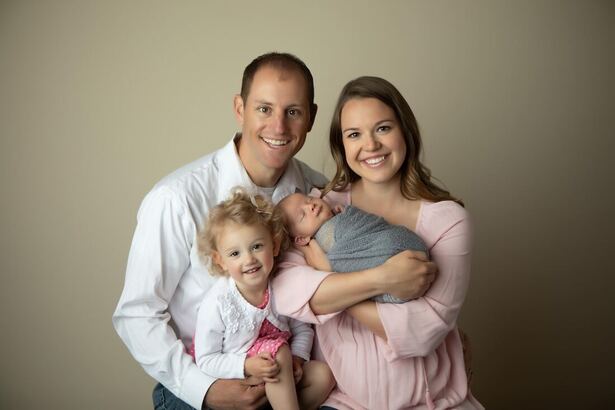 My wife (Abby) and I met while I was attending Peru State College. We have been married for eight years. Abby is an occupational therapist at the hospital in Nebraska City. Our oldest, Clara Marie Mathis, is 2 years old. Clara is a proud big sister and she enjoys holding and picking up her little brother. Daniel Scott Mathis was born on April 23rd. He loves his mom and his sister dearly.  Right now, he is focused on eating and sleeping. We all love being outside, swimming, and going to the zoo. As hard as I will work in this new position, I want to make sure I always put my family first. We will be moving to the Louisville community in August.

I attended elementary and high school at Mitchell Public Schools. This is a C1 school in western Nebraska. I graduated in 2007 and decided to attend Peru State College to become an elementary teacher and coach. I’ve always been passionate about elementary education because of the love for learning that my teachers instilled in me. I was very involved at Peru State and I’m very thankful for my time spent as a Bobcat. I graduated in 2011 while completing my student teaching in 4th grade. My first job was in Fort Collins, CO at Bacon Elementary School. I taught third grade and figured out how tough AND rewarding that first year of teaching can be. Abby received her masters from Colorado State and we decided to come back to Nebraska to be closer to family. We chose Nebraska City and I became a 5th grade teacher and high school athletics coach for the district. I served on multiple committees at Hayward Elementary School, but I feel my best preparation for becoming a principal was being a classroom teacher and being part of an awesome grade level team. I learned so many valuable teaching tips from this group of educators. It was this team that encouraged me to start pursuing my masters degree in administration. I had always wanted to become an elementary principal, but it was nice to hear them say I was ready and they saw me in this role. In 2018, I graduated from Chadron State College with a degree in Educational Administration. I spent a year with the Nebraska City Middle School and Elementary Principals as part of a principal practicum. During my interview, and every day since, I have been blown away by Louisville’s desire to put students first. The support I have received has made me feel incredibly welcomed. I am so excited to be a Lion and get to work preparing for the 2019-2020 school year. I want to commend Cory Holl for the work he has done as your school leader. No one can replace an amazing guy like that, so I won’t even try. I will simply be Mr. Mathis and do whatever it takes to keep this school moving in the right direction. I’m so thankful the next part of my educational journey is here in Louisville, NE.